Notice: Trying to access array offset on value of type null in /home/customer/www/writer-spin.com/public_html/wp-content/plugins/seo-image/seo-friendly-images.class.php on line 845 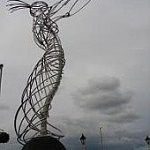 New Years Greetings to all.

New Year’s Eve Celebrations are worldwide.  In the United States, New York’s Times Square is the place to be on New Year’s Eve.

The dropping of a Time Ball is used as a safe way to light up the sky, without dangerous fireworks.

It became an American Tradition.  Erected in midtown Manhattan, the New York Times building was completed in 1904.  In the beginning, when fireworks were used, decending hot ashes fell on the structures.  So, fireworks were banned by the New York Police Department and in 1908, the electric Time Ball Tradition began. 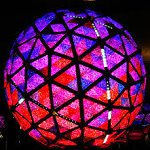 In 1907 the first New York Time Ball made it’s decent from a Times Square flagpole.  Different versions of the ball were designed.  The size of the first ball was around 5 feet in diameter, lit with 100 25-watt light bulbs, and the Time Ball weighed 700 pounds.

Even the waiters were adorned with lighted hats.  In 1908 they all “flipped their lids” to display the new year date, 1098, written on their foreheads.

Except for a few war time years, when lighting the city would be dangerous, the Ball is dropped yearly. 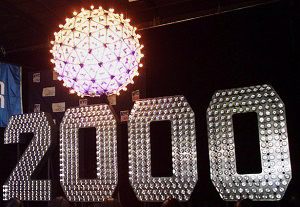 For the year 2000, the New Year’s Eve Ball was redesigned by Waterford Crystal.