Notice: Trying to access array offset on value of type null in /home/customer/www/writer-spin.com/public_html/wp-content/plugins/seo-image/seo-friendly-images.class.php on line 845


Sirius Radio. Every had it? It reminds me of the Book of the Month Club Memberships. It’s all good until you try to cancel.

Other than telling the Indian phone representative that this call was my third attempt to cancel the service, I didn’t say more, because I knew he could do nothing. Decision making management was too far removed to care, and absentee management made the cancellation policies anyway. So, instead, I write. 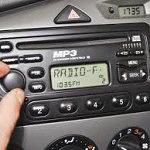 After my first year’s membership, but prior to it’s expiration, I called Sirius Satellite Radio, and asked them to remove any automatic cancellation agreement I had. They accepted without protest or comment.

The year subscription ended, I received a bill for approximately $180 for the next year. I called and asked why they would bill me when the account cancelled.

The response to my question was, “Why was I cancelling?” I said it was too expensive. They offered a 20% discount on the annual fee, and when I said “No,” they made it a 50% discount. I found it insulting that they would have charged me $180 a minute ago, and now would take $90 for the year. I refused again.

They explained, that although an automatic cancellation did occur, I simply was transferred to the billing plan. My service was not terminated. Why was I not told that previously?

So, I cancelled again. A month later, I received a bill for $26 dollars. What was that for? Oh, I owed for the proration of time before I got the account cancelled, for real, and not just cancelled from automatic billing.

Then I received another bill for $5.00. I called. What was this for? This is a late fee for the proration time, after my non-cancellation, and prior to their receipt of the $26 I didn’t authorize.

Well, they agreed to waive the $5.00 and I silently agreed, as my part of the bargain, to never open another account with Sirius Satellite Radio unless I have plenty of time and money, and I want to pay twice as much as the discounted customers.

I remember when you didn’t incur the cost of a service unless you requested it. Silly outdated me!
I write this article because I know Sirius doesn’t care what I think. Perhaps you do.