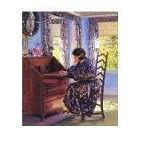 The following articles, written by Judy Evicci, are simply classified as Realism.

Often there is such a thin line between realism and fiction. Some of the above articles lean more toward fiction than realism. However, there certainly in element of truth in all the stories.

It may surprise you to know, that comedy not only deals with life – with hope, but it helps us live with who we are, when we identify with the character on the screen who is displaying his flawed human side.

With drama, the hero possesses all the tools to win. With comedy, the non- hero believes he will win, but he is ill-equipped to handle the task before him. He has blinders on, as he moves ahead causing unintended consequences.

I’ve read the definition of fiction is, real-life, with the boring parts left out. I hope I’ve done some of that here.

Features of this Site