California was the fifth U.S. state to authorize aid in dying, and by far the biggest and most influential. We hoped that this achievement will resonate throughout our country, and inspire other states to follow suit. Instead it was repealed. 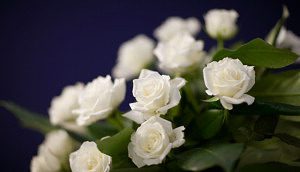 Earlier today, October 5, 2015, Governor Jerry Brown signed the End of Life Option Act into law, just a few weeks after the state Assembly and Senate approved the bill in a whirlwind special session.

Sorry to say that two months before this legislation passed, I witnessed a family member and his family, suffer with him for a year and a half with esophagus cancer.

His children watched him to, every day, and they are teenagers, and weren’t prepared at their ages, and truly none of us are prepared, to see a loved one with the terminal illness, living through final hopeless days.

I don’t know what he would’ve chosen; he didn’t have a choice, but I wish he had. Not only for his sake of course, but for the sake of his helpless family who supported him until the end.

All I can say is hooray for California, and thank you Jerry Brown, for giving people who are ill the right to choose a death with dignity.